It has been nearly a year and a half since Hurricane Maria wreaked havoc on Puerto Rico and the Caribbean islands. Over 3,000 people are estimated to have died in the storm. As well there is roughly $80 billion in damages. The devastation of the storm reverberates through the island today, with the fear that another storm could come along.

Arguably, the most devastating damage Maria inflicted was on the island’s electrical grid. Maria damaged or completely destroyed 80% of the grid in Puerto Rico. As a result of the storm, an estimated 1.5 million people lost power, nearly half of Puerto Rico’s 3.3 million population. This was the largest blackout in US history. Small businesses suffered greatly as well. Of the 400 small businesses in Puerto Rico, 77% lost power, further disrupting the island’s already precarious financial situation. 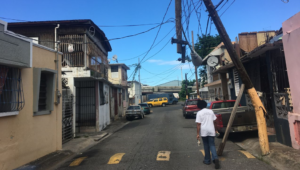 The governor of Puerto Rico, Rico Ricardo Rosselo, and his administration projected that it would cost $139 billion in order to fully restore Puerto Rico to the state that it was in before the storm struck. Though, money is not the only thing that the island needs. David Ortiz, the head of El Puente Puerto Rico, a community-based organization with a Latino focus, stated: “I don’t think throwing a whole bunch of money in a short period of time is the answer. There needs to be long-term planning in terms of the recovery effort in Puerto Rico.”

Power may be back to the island currently, but the ominous potential of another storm looms over the island with every hurricane season. The question is how can the island recover in a way that prevents this level of devastation in the future?

Can solar power prevent another disaster?

Puerto Rico’s power grid before the storm was considered 20 years out of date. The country produced roughly 98% of it’s energy from nonrenewable resources, mostly oil-fire plants. The grid is vulnerable and relies on an unsustainable fuel source, which, for the island is mostly imported. Many individuals are looking to solar energy as a new primary fuel source with the intention of using the grid as back-up power. Online inquiries concerning solar power from Puerto Rico have risen in the thousands of percent and traffic to solar energy cost comparisons have sky-rocketed as well. Elon Musk and his company Tesla have been famously involved in bringing solar power to the island. They brought power back to children’s hospitals and several nonprofit organizations following an exchange on Twitter with the governor of Puerto Rico. 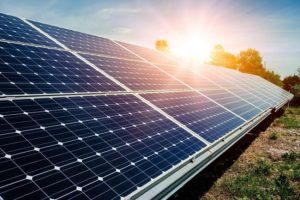 One of the major selling points of solar panels for the island are their heavy resistance to hurricane force winds. When affixed to a home, solar panels are capable of withstanding windspeeds of over 140-160 miles per hour. This is similar to the strength of category 4 and 5 storms. Some panels can withstand even stronger wind strengths. The durability of solar panels can help to prevent widespread loss of power following storms. In turn, this would prevent undue loss of life caused by lack of power.

In addition to solar power being a more durable energy source, it is much more cost-effective for the residents of the island. It could even end up making them money. Further, implementing widespread use of solar energy would help the island achieve its goal of deriving 40% of its energy sustainably.

The recovery process for the island has been impeded. It was estimated that Puerto Rico needs $17 billion in order to repair the electrical grid. Yet, the US only gave them $2 billion for repairs. For total recovery, as previously stated, it would take an estimated $139 billion. Meanwhile, the US has only allocated $65 billion of funds for the overall recovery. 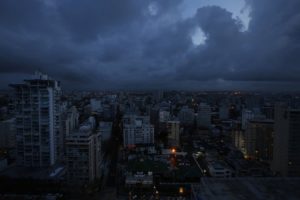 In addition to the drastic lack of funding, several legal obstacles prevent Puerto Rico from thinking long term with their recovery as well. Infamously, the Jones Act impeded recovery efforts by making it more expensive for help to be provided. Specifically, the Jones Act requires ships in US waters traveling between US ports to be built in the US, registered in the US, US owned, and run by crews that are made up of at least 75% US citizens. This policy greatly increases the cost of shipping necessary cargo, such as food, construction supplies, etc. around the US and to Puerto Rico. This makes it more difficult to ship supplies and donations meant to help the island recover. Immediately after the storm, President Trump suspended the Jones Act for a 10-day term, though the suspension was not extended.

Another legal hurdle for the recovery process to overcome is the Stafford Act. The Stafford Act specifies that disaster relief funds can only be used to restore facilities back to the condition that they were in previous to the disaster. This means that the relief funds given to Puerto Rico may only be used to restore the grid to the outdated state that it was already in. Unfortunately, this would make it ripe for renewed destruction when another storm blows through the island.

To learn more about the potential of solar energy for the island check out the sources listed below. Read more about renewable energy here and solar power here.