Romania’s Carpathian Mountains are amongst Europe’s most sacred and impeccable lands, providing a home to approximately 65% of the European wildlife population. Bears, wolves, and wildcats are the dominant species that reside in this region and rely on the of prosperity of their forested habitat for survival. The commercialization of Romania’s timber has led to an exploitation of this natural resource, leading to drastic changes in the number of untouched forests.

What is illegal logging?

Illegal logging is defined as the “harvesting, processing, transporting, buying or selling of timber in violation of laws”1. It has become an increasing threat to Romania’s natural landscape and wildlife inhabitants. As of 2015, illegal logging has led to the disappearance of approximately 904,020 acres of forested land, a number that continues on the rise. According to GreenPeace, every hour 3 hectares of forested land will be lost2. Romania’s mountainous areas and few remaining virgin forests have long been jeopardized. These sites have become increasingly scarce throughout Europe; thus increasing their value and stressing the necessity for preservation.

Who is to blame?

A significant portion of Romania’s forests have disappeared under the ownership of individuals who have sought out and prioritized a profit. These individuals have failed to acknowledge the dire need to keep the land in tact for the greater good of the ecosystem. The degradation of Romanian land can be attributed to a wide range of failures, including a lack of supervision of private property owners, who have left the land barren. Another major factor is that existing protection laws are not being properly enforced. Often times, legislation is used to silence protesters and their concerns about deforestation when, in reality, not much is being done to prevent it.

It is no secret that Romanian authorities have often neglected this issue, failing to hold people accountable for exploiting these so called protected areas. The frequency of these unlawful practices is not a random coincidence. The export of timber has not been properly regulated, with business operations abusing the easy accessibility of this natural resource. 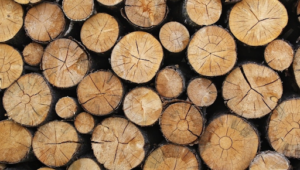 National Parks are at Stake

Romania’s national parks are not protected from the invasive consequences of deforestation. These once picturesque areas were thought to be safe zones, however, loose legislation surrounding the issue has shown there are loopholes. According to NS America, authorities can make unfounded claims such as an insect infestation to justify cutting down more trees than necessary5. A view of Transylvania’s Sadu Valley shows the aftermath of excessive logging. It appears wrecked with fallen timber and scattered logs. These sites have come into contact with both hunters and loggers who excessively take from the land and disregard the need to conserve the purity of these national parks.

Illegal logging has caused vast public enragement, leading to street protests across 14 cities, calling for stronger laws and enforcement. Shedding light on powerful environmental projects to compensate for these growing concerns is essential. Through the PUR Projet, over 5 million trees have been planted in neglected forests throughout Transylvania in central Romania.

To symbolize the movement’s unwavering progress, Romania’s president, Klaus Iohannis, planted the 2 millionth tree alongside other community volunteers, local authorities, and environmental activists. Their mission to regenerate the forest prevents soil erosion and the deterioration of the ecosystem. To join the movement and track their progress, visit their website https://www.purprojet.com/.

Protecting the ecosystem is not only the concern of Romanians. All of us sharing this planet are affected by its destruction. Join nearly 13,000 others in signing a petition to save Europe’s last virgin forests. “This petition will be delivered to the Romanian Prime Minister and forwarded to the Romanian Environmental Minister, the EU Commission and the European Parliament”.