This week, Orlando Utilities Commission (OUC) will hold two community forums, where customers will have occasion to air demands for transitioning Central Florida to clean, renewable energy. The first one will take place on Jan. 14, at Engelwood Neighborhood Center, and the second on Jan. 16, at The Pavilion at Avalon Park. OUC, the 14th largest municipal utility in the nation, is developing a road map, formally called an Electric Integrated Resource Plan (EIRP), for how it will generate and transmit electricity for the next 30 years.

The city of Orlando, along with a Coal to Clean Task Force, comprising environmental nonprofits, sustainability organizers and a bevy of passionate residents, has pushed for legislation that would shift the state to 100% renewables by 2050, the deadline set by scientists to stay within the Paris Agreement’s long-term temperature goal of 1.5 degrees Celsius. While the meeting will open the floor to public input concerning the EIRP, the task force has a more pressing aim: petitioning OUC to close its two remaining coal units at Stanton Energy Center, located in East Orlando.

Coal, once the world’s most menacing air pollutant, has become—shall we say—old news. Last year, carbon emission reports revealed that coal supplies only a quarter of U.S. electricity, down from 50% a decade ago. But there’s a catch to this ostensibly rosy picture: Coal hasn’t fallen by the wayside so much as it has been replaced by a cheaper, more efficient alternative—natural gas. Generating about 7.7 billion tons of carbon pollution last year, natural gas has toppled coal as the fastest-growing electricity source worldwide.

And while it’s true that natural gas produces fewer carbon emissions than coal, it’s still worse for global heating long term. Methane, the main constituent of natural gas, captures more heat in the atmosphere than carbon dioxide, meaning that the greenhouse gas effect fueling climate change has kicked into overdrive, cooking the planet at a slower, albeit more intense, rate.

The news gets worse: Environmentalists contend that fracking, responsible for America’s recent natural gas boom, comes with major consequences, including habitat destruction, groundwater contamination and ground-level ozone pollution. More concerning is that the recent uptick in renewables—sustainable resources that could shift the world’s power sector from dirty to clean energy—isn’t growing fast enough to offset the environmental hazards of fossil fuels, nor can all the solar and wind farms combined outpace the current demand for gas. 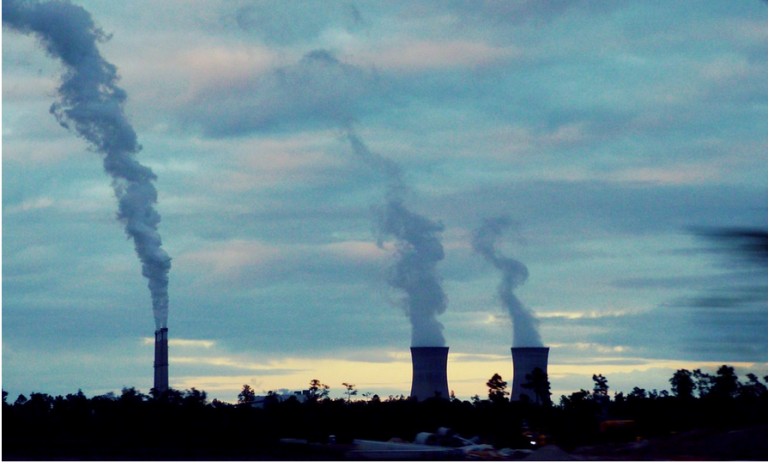 What’s the solution when electricity generation seems dependent on fossil fuels? When heavy industries pump an astonishing amount of CO2 into the air each year? The key lies in mobilizing consumers who can lobby city officials and utilities for energy reform. The Coal to Clean Task Force, for instance, plans to email and write letters to representatives from OUC, as well as county commissioners. A Coal to Clean Task Force meeting is even in the works for Feb. 12, at Audubon Covenant Church, where residents can sign a petition and take selfies to post on social media. “We want to make the message clear that we want clean energy and the closing of coal units 1 and 2 [at Stanton Energy Center],” said Raquel Fernandez, organizing representative of Sierra Club’s Beyond Coal, a national campaign whose primary objective is to replace all U.S. coal facilities with renewable energy sources.

Despite Trump’s rollback of Obama-era climate regulations, last year witnessed several milestones in the coal phase-out. By decade’s end, three of the largest coal units in the U.S. are set to retire—Kentucky’s Paradise 3 in 2020, Tennessee’s Bull Run 1 unit in 2023 and Indiana’s Rockport Unit 1 in 2028. New York State also announced that it will shutter its last active coal plant as early as Feb. 15 this year, moving the state closer to its goal of being carbon-free by 2040. Adding to the list of good news is a partnership with Bloomberg, Sierra Club and other allies of the Beyond Carbon initiative, a $500 million investment that seeks to eliminate coal-powered plants by 2030, halt the reliance on fracked-gas and build a 100% carbon-neutral economy.

Though the nationwide shift away from coal marks an impressive feat, it leaves little cause for celebration, given that one fossil fuel has merely supplanted another. Natural gas, as deadly and pervasive to people and the planet as coal, has become the biggest driver of carbon emissions in recent years, reaching record levels in 2019. Moreover, gas is 80 times more heat-trapping than CO2 over a 20-year period, has the highest amount of work-related fatalities of U.S. industries combined and poses a slew of health risks to those living near fracking sites, who, as research shows, are disproportionately people of color. As Mary Anne Hitt, director of Sierra Club’s Beyond Coal campaign, put it, “As coal plants retire, we need to move directly to clean energy—such as wind and solar—and not build new polluting fracked-gas plants.” 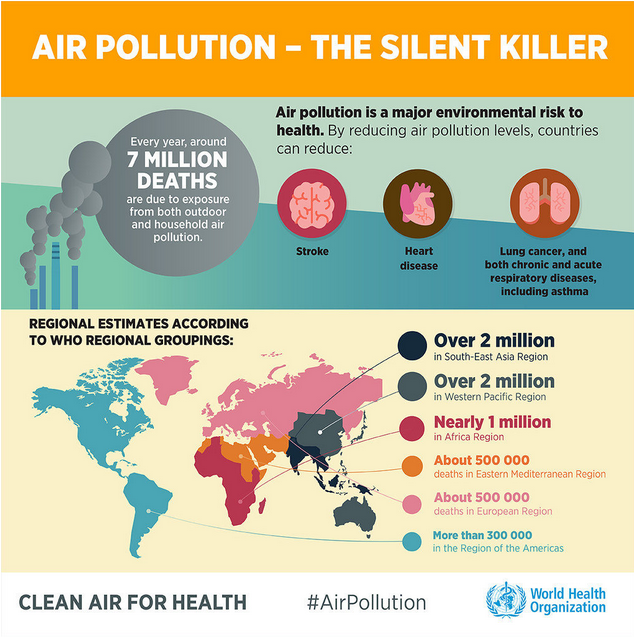 Roughly 166 million Americans are living with polluted air. As well as contributing to the climate crisis, air pollution accounts for more than 30,000 deaths in the U.S. annually and costs the global economy, on average, over $5 trillion per year. Pregnant women living near coal- and oil-mining sites are especially susceptible to giving birth to low-weight babies. Other impacts to infant health include high rates of birth defects, due to “maternal pollution exposures” from toxins leached into air and water. “Coal shouldn’t just be about climate change,” Fernandez said. “We should also think about what it’s doing to our bodies.”

But until there are penalties for emitting carbon, fossil fuel consumption will more than likely outstrip that of renewable resources. Thus, it’s imperative that communities urge public officials to permanently shut down fossil fuel-powered plants, necessitating a switch to clean energy. “It’s time for OUC to set a precedent,” Fernandez said. “It can make an impression on other municipal utilities by saying that ‘if we can do it, you can too.’”

While utilities will be the ones to make a real dent in some of the world’s prevailing climate disasters, the public is where effective action begins. Pressuring OUC now, before its EIRP rolls out in June, could be enough to convince the utility to shutter its remaining coal units and change its electric grid to a solar-powered system. “What does 100% renewable energy look like? We don’t really know yet, but the technology exists,” Fernandez said. “And it’s up to the utilities, the cities and the states to look at what the market is putting out there—and to invest in what’s best for consumers.” 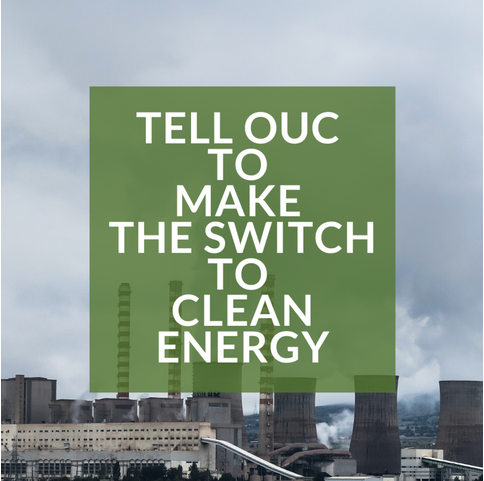 Interested in participating in the next OUC community forum? Please email your RSVP to rsvp@ouc.com.

Stop the rush to gas! Check out these clean energy portfolios from Sierra Club and Rocky Mountain Institute about the significant cost savings of investing in 100% renewable energy.

To learn more about the Coal to Clean Task Force, OUC’s community forums and Orlando’s plan to transition to clean energy by 2050, listen to this podcast with Sierra Club organizer Raquel Fernandez.

PrevPrevious Article5 Simple Ways for Going Zero Waste in 2020, According to a Millennial Zero Waster
Next ArticleEcoPreserve: Rethinking SustainabilityNext