Anthropogenic Sources of Methane. What Stinks?

Why are Methane Emissions Harmful?

Where Do Methane Emissions Come From?

Methane is emitted naturally in a variety of processes, such as in anaerobic decomposition in wetlands, naturally occurring wildfires and volcanic eruptions.2 However, between 50 and 65 percent of methane emissions today originate from human sources.2 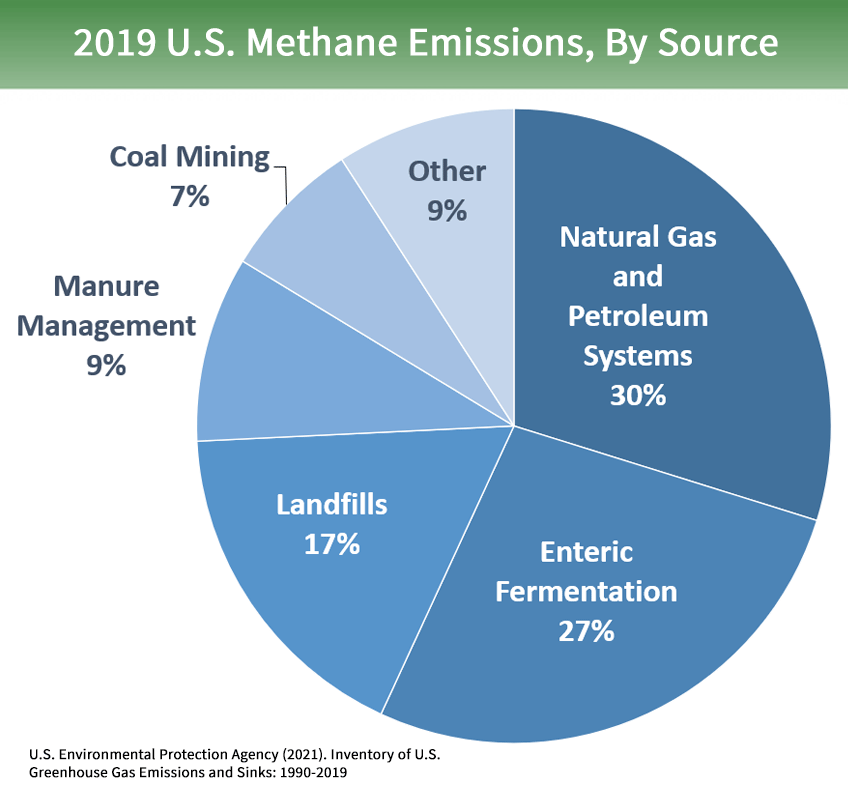 Fossil Fuel Use and Methane Emissions

In 2019, 37% of United States anthropogenic methane emissions originated from fossil fuel use or extraction, with 30% of human-caused methane emissions stemming from natural gas and petroleum systems, and 7% coming from the process of coal mining.2

When people heat their homes with natural gas, methane is released into the atmosphere. The production of petroleum for our vehicles also generates methane emissions. The process of mining coal to burn to produce electricity also emits methane.2 Although fossil fuel use emits a large quantity of carbon dioxide, the consumption of fossil fuels also leads to methane emissions.

Cows and other livestock we eat emit methane into the atmosphere.

Landfills produced 17% of the human-caused methane emissions from the United States in 2019, making landfills the third largest source of methane emissions in the country.2 Waste in landfills decomposes through anaerobic bacterial processes, which take place in a de-oxygenated environment.2 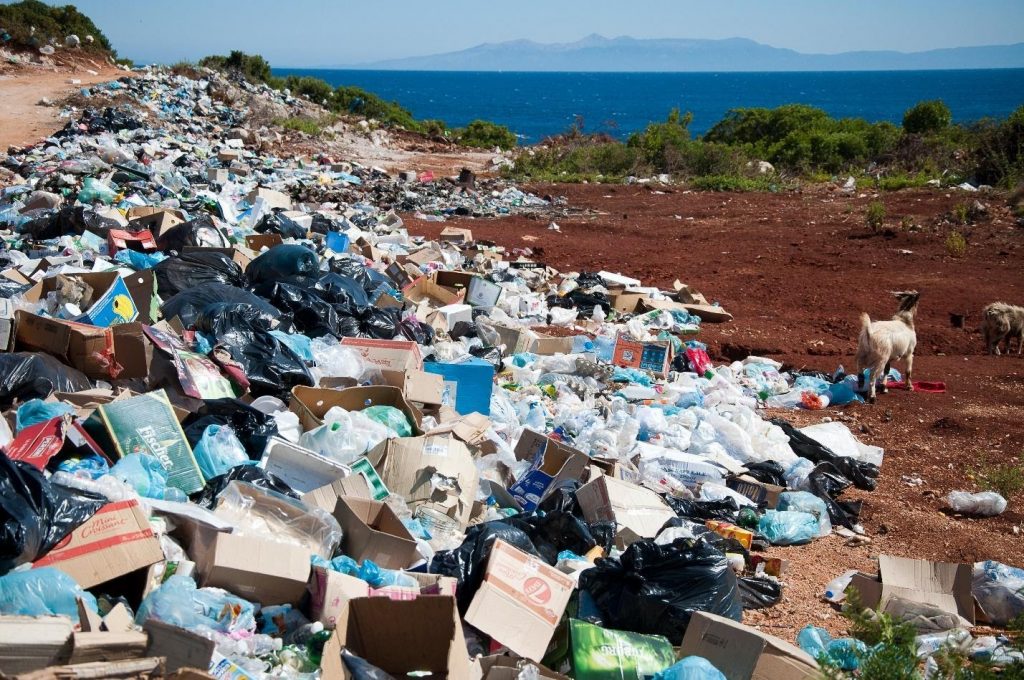 Trash in landfills is a major contributor to U.S. methane emissions.

Since garbage in landfills is packed in, for the most part, the waste is not exposed to oxygen. As a result, the anaerobic decomposition in landfills produces a large amount of gaseous methane.2 The waste we generate, then, not only builds up in unsightly, stinky landfills that take up too much space, but it also contributes to global warming.

What You Can Do to Reduce Methane Emissions

Since the main sources of anthropogenic methane emissions are fossil fuel use and extraction, animal agriculture, and landfills, there are some concrete steps you can take to reduce your individual contribution to methane emissions. Most importantly, you should seek to conserve energy, as energy is primarily generated from fossil fuels at present. Secondly, you should eat less meat, particularly less beef and pork. Finally, try to reduce the waste you throw away, keeping it out of methane-emitting landfills.

Beyond making personal lifestyle changes, you can donate to organizations such as the Clean Air Task Force that push for regulations on methane emissions in the United States.4

Tackling methane emissions is an important part of addressing and reversing global warming, the smelliest situation of all. We each need to do our best to limit our energy use, meat consumption, and waste, and donate if we are able, to help sustain a livable world and a bright future for everyone.