Last August, a plucky Greta Thunberg, then 15 years old, made headlines with her weekly sit-ins outside the Swedish Parliament, resolute in her plea for climate action. Posting her declarations on Twitter and Instagram, she pledged to boycott school until parliament acknowledged global warming as a climate crisis. Her protests, prompted by what she called a need “to disrupt the system,” soon went viral.

With her youthful face, trademark pigtails and flinty glare, Thunberg, now 16, cuts a convincing figure, especially with those of her generation, who fear not having a future if climate protection policies remain unaddressed. Thunberg has since returned to school four days a week, but reserves Fridays for her climate strike. Her message—that political parties should take responsibility for their part in an increasingly warming planet—has inspired a worldwide movement, known as Fridays for Future. A year after Thunberg’s initial protest, nearly 100,000 young people have mobilized in over 100 different countries. 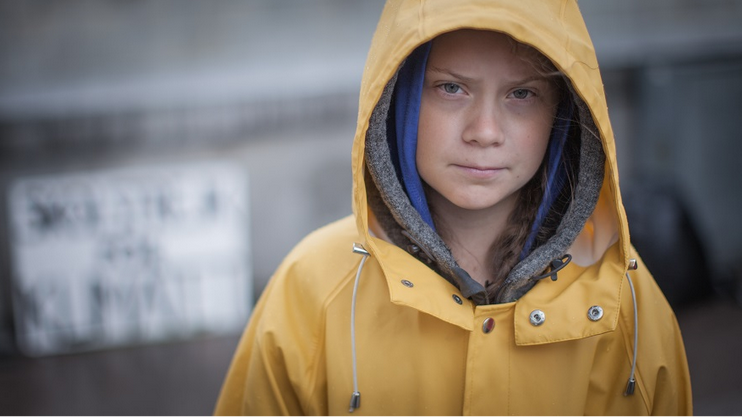 IDEAS For Us Gets Involved

Joining the fray of youth activism, IDEAS For Us, a nonprofit that focuses on environmental awareness and climate education, will host a #FridaysForFuture protest on Sept. 20, outside Orlando’s City Hall, from 1 to 2 p.m. In undertaking such an event, the organization aims to call attention to the need for political action against climate crisis. The protest, if large enough, could also signal to some Central Florida leaders that bankrolling fossil fuel industries and climate change-denying candidates won’t sit well with their constituents.

Certain city officials have taken note. Commissioner Sam Ings proposed a citywide goal that would raise renewable energy use to 100 percent by 2050, and the City Council recently approved a partial ban on plastic straws and carry-out bags, which will go into effect this October. Last year, the U.S. Department of Energy and the Solar Foundation designated Orlando a “SolSmart City,” for its commitment to using clean energy sources and championing initiatives that will increase environmental sustainability.

Still, Florida faces increasing threats of hurricanes and rising sea levels, due partly to its abundance of low-lying areas and its dependence on fossil fuels, which release carbon emissions into the air that trap heat near the Earth’s surface. What initially spurred Thunberg’s iron-willed stance on climate change was Sweden’s ongoing heat waves and raging wildfires. Like many of her peers, she views climate crisis as a peril to human existence, a harbinger of what’s to come if air and water pollution continue.

Today’s adolescents—anxiety-driven, tech-savvy, strong-willed—demand agency over their futures, and want adults to acknowledge their environmental concerns. With the help of social media and WhatsApp groups, Thunberg’s climate strikes have ignited a maelstrom of student activists advocating for their right to have a voice in legislation. Although some national leaders have condemned students for skipping classes, calling for “more learning in schools and less activism,” as Australia’s Prime Minister Scott Morrison put it, youth climate strikers are unfazed—aware that their future hinges on a healthy planet. 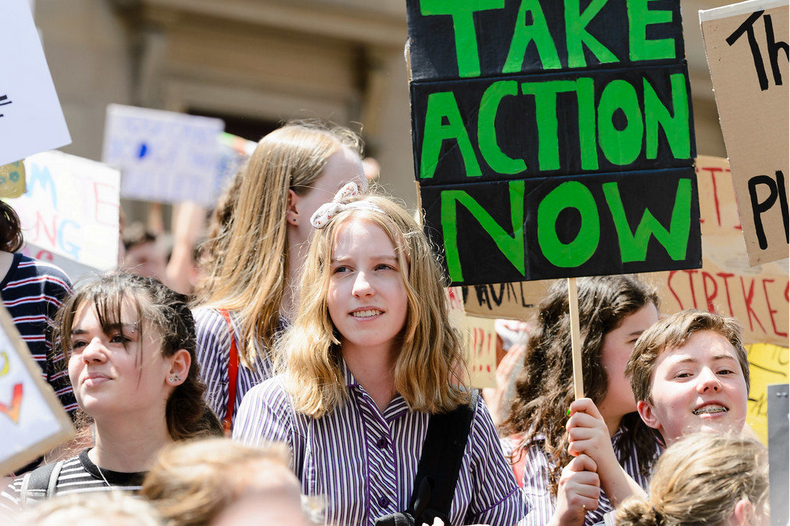 Thunberg has said that her sit-ins were inspired by Parkland’s student-led protests last year, in response to the mass shooting there. Young people, whether wittingly or unwittingly, are the face of today’s social activism. Climate Kids, as they have come to be known, and the adults who support them hope the Fridays for Future movement will be enough to raise awareness and move the needle on pressing climate issues. As purveyors of an eco-friendly world, IDEAS For Us plans to make big changes by starting locally. The Sept. 20 protest is but a small cog in a global machine fighting climate change. But, as history has shown, the more voices that take a stand against political injustices, the better the chances that those in power will listen.