High-Density Housing could be an alternative to ecosystem destruction. The American Dream is often pictured in terms of an aspiration to own a house with a yard and white picket fence. People chasing the American Dream typically want a space to call their own, with the freedom to design and decorate their own houses according to each family’s unique preference. This paradigm allows for an outwardly suitable distancing of each American family from their neighbors.

The spacious single-family home is central to the American cultural vision of happiness and fulfillment. Yet the American obsession with home-ownership often comes at a dire price: the destruction of natural ecosystems. Let’s explore High-Density Housing in more depth. 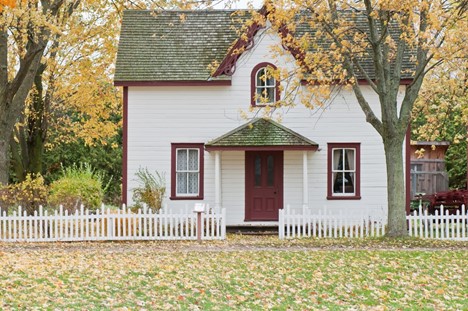 The American desire for single-family homes has been one of the main causes of urban sprawl, the relentless outward expansion of cities and suburbs into areas that were once wild. Urban sprawl is a leading driver of ecosystem destruction in the United States and across the world.1 As each family demands their own house, forests and wetlands are cleared to accommodate low-density single-family homes. 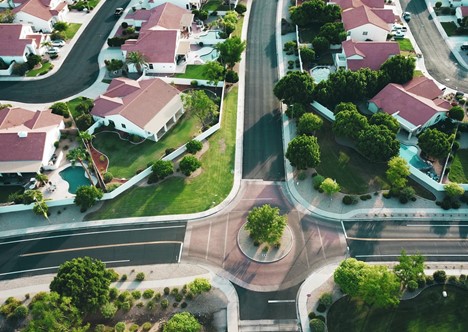 As discussed in the Fleet Farming blog “Urban Sprawl and Its Connection to Urban Agriculture”, urban sprawl is killing and displacing wildlife and devastating unique Florida ecosystems. Over the next 50 years, urban sprawl in Florida is expected to clear and develop 5 million acres (about 7,800 square miles) of previously undeveloped land, according to a study by the group Florida 2070 that was reported on by the Miami Herald.2

Even as urban sprawl is occurring in Florida, a single male Florida panther needs a forested area the size of Disney World to hunt across in order to survive.4 Urban sprawl is increasingly degrading the territories of Florida panthers and killing off this critically endangered animal.

Coupled with the American preoccupation with single-family homes, urban zoning laws can prevent the construction of high-density housing. In Orlando, for instance, the neighborhood of Audubon Park is almost exclusively zoned for single-family homes, as are many other neighborhoods in Orlando.5 It is essentially illegal to build high-density housing in these spaces without altering the zoning ordinance.

The American aversion to high-density housing, legal and otherwise, will likely result in the continued demolition of natural ecosystems as the population grows. Still, there are some good examples of cities with high-density housing in the United States. One of these cities is NYC.

To give some context to this number, neighboring New Jersey has a total land area of 8,723 square miles9 and about 45% of New Jersey’s land area is forested.10 That means that if New Yorkers moved to New Jersey and lived at as low-density as Orlando residents, almost all of the around 3,900 square miles of New Jersey forest would be destroyed.

New York City residents saved a multitude of trees and wildlife by opting against single-family housing, and instead  living in high-density apartments and condominiums.

What You Can Do

Instead of aiming to buy a house someday, you can seek to live in high-rise apartments for rent or condominiums you own to slow ecosystem destruction. In addition, you can advocate for high-density housing at city council meetings and public comment sessions, where city residents express their opinions on an issue to sway city council votes.

It is time for a new vision of the American Dream. Americans should aspire to live in dense, revitalized urban areas, keeping wild ecosystems wild.

(2) Dookerman, Denise. “Urban Sprawl and Its Connection to Urban Agriculture.” IDEAS for Us, 21 July 2021, https://fleetfarming.org/urban-sprawl-and-its-connection-to-urban-agriculture/

PrevPrevious ArticleCoral Bleaching: Why It’s An Issue and Ways to Stop It
Next ArticleFlorida Native Plant Spotlight: DuckweedNext